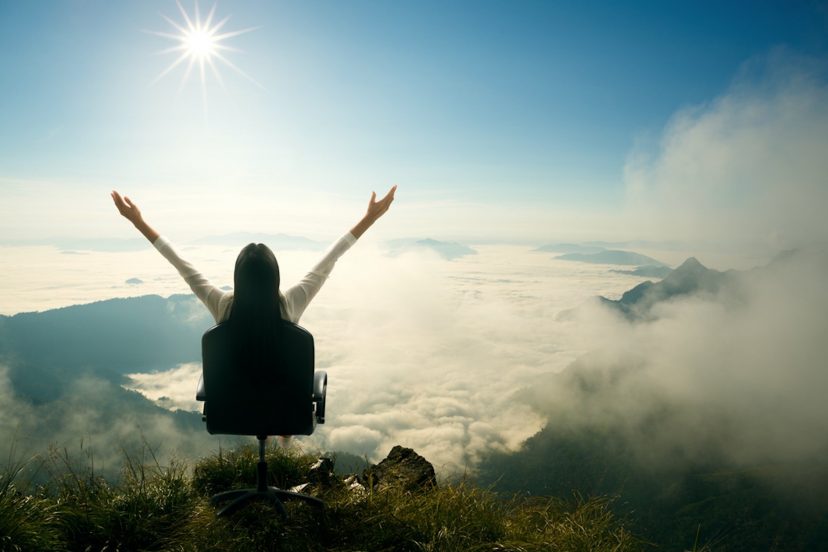 So, where did the law of attraction come from?

There is much debate surrounding where it came from. Some people believe that it is a ancient philosophy that has been around for centuries.

Others believe that it is a more recent invention.

Regardless of its origins, the law of attraction has become increasingly popular in recent years. Millions of people around the world using it to achieve their goals and desires.

The law is based on the belief that like attracts like. And that by focusing on positive thoughts and emotions, you can create a positive reality. While the law of attraction is not recognized by science, there is a large community of people who swear by its effectiveness.

But the truth is, it has been around since the “dawn of time”.

The law of attraction is a metaphysical belief. It states that our thoughts are the cause of all that we experience. Therefore the thoughts we think will attract more like thoughts to us.

This law can be used to manifest our desires and goals in life into reality. Today, the law of attraction is often associated with the book and movie The Secret.

What Is The Law Of Attraction And How Is It Connected To Your Mindset?

The law of attraction is a belief that states like attracts like. What you focus on is what you will get in life.

It means that everything in our lives, including our thoughts and feelings, are created by us. And they are a reflection of our inner world.

It is the law of attraction that governs everything in the universe. From the smallest atom to the largest galaxy. It is based on the idea that like attracts like. What we focus on becomes our reality.

The law of attraction can be used to manifest positive or negative outcomes. It depends on what we focus on. The key is to focus on what we want, not on what we don’t want.

Where Did The Law Of Attraction Come From – How Did It Start? 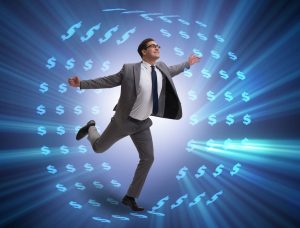 Well, this is up for debate. I think a distinction has to be made here. Where did the law of attraction come from and how did it start. Are they two different things?

Earlier, we said that the law was first introduced to people’s knowledge during the 1800s.

I mentioned my favorite book on the topic, The Science Of Getting Rich written by Wallace D. Wattles. This is a book that changed my life when I first read it and it became a staple of my diet.

But did people get a taste of the law of attraction before that book?

Another strong belief is that people were made aware of L.O.A. by a New Thought movement writer and teacher. His name was Phineas Quimby.

In modern times, Rhonda Byrne brought it to the attention of just about everyone. Her book and movie, The Secret, created a worldwide phenomenon.

Rhonda Byrne, shares her story of how she used the law of attraction to manifest her life.

She also talks about how it can be used to manifest anything that one desires. The law can be applied in various aspects of life. It has been used by many people all around the world.

The Secret flooded the world during a period where millions read or watched it. And they used what it taught in their lives.

What Are The Benefits And Limitations To Using L.O.A.? 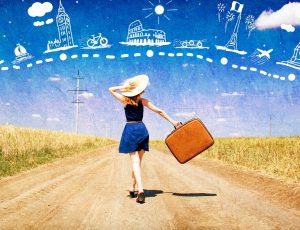 When it comes to the law of attraction, there are many benefits to using it. For one, it can be a powerful way to attract what you want into your life.

It can help you manifest your dreams and goals. It can be a great way to create positive change in your life. However, there are also some limitations to using the law of attraction.

One of the biggest limitations is that it can be difficult to visualize what you want. If you don’t have a clear picture in your mind of what you want, it can be tough to manifest it.

Additionally, the law of attraction can’t solve all your problems.

It’s not a magic wand that will make all your troubles go away.

You still need to take action and put in the work if you want to achieve your goals.

Why People Fail Using The Law

There is a reason why most people have trouble making the law of attraction work for them. It’s because of the belief that if they somehow just think about something, it will manifest.

This couldn’t be further from the truth. Without action to go along with the thought, nothing will happen.

And when nothing happens, negativity sets it. And basically, that’s what will pervade a person’s life.

The universe doesn’t distinguish between good and bad. It delivers what you focus on.

Focus on all the bad things in your life or what you can’t do, then be prepared to get more of the same.

There is work involved when applying the law of attraction. Most people aren’t prepared to do it. Thinks like daily gratitude and meditation sessions are crucial.

And the final piece of the puzzle is that it takes time to get what you want.

There is no instant gratification. It takes time for things to manifest in your life. The universe hears you and acts on your focus.

It involves various aspects of your life. It involves people you know as well as people you don’t know. And it involves your work, your likes, dislikes and more, to bring you what it is you desire.

Conclusion: Where Did The Law Of Attraction Come From Or Is It Just A Myth? 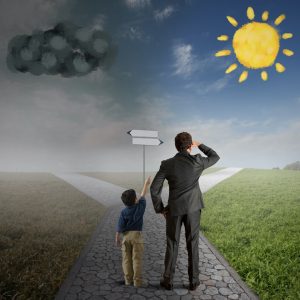 There are many people who believe in the Law of Attraction. But there are just as many who don’t believe in it at all.

The law of attraction is a metaphysical theory that says that the energy you put out into the world will come back to you.

But is it just a myth? The simple answer is we don’t know. It’s an unseen force. We have just chosen to give it a name. I’m not one of those people who needs to know the ins and outs of how or why something works. There’s a good amount of faith involved here.

But there is no scientific evidence to support the law of attraction. So, for now, it remains a mystery whether or not it actually works.

Still, devotees swear by it, while others remain skeptical. Until there is more concrete evidence to support this theory, it’s hard to say for sure whether or not the law of attraction is a myth.

Personally, I believe it to be true. It’s been a strong presence in all areas of my life. Others will say the same.

The law of attraction is the theory that human beings emit a certain frequency. And what they emit will attract other things with the same frequency.

It is the belief that what we think about and put out into the world will come back to us in some way. The law of attraction is also known as the “law of love” or “the law of reciprocity”.

It teaches people how to use their thoughts to bring about more positive circumstances in their lives.