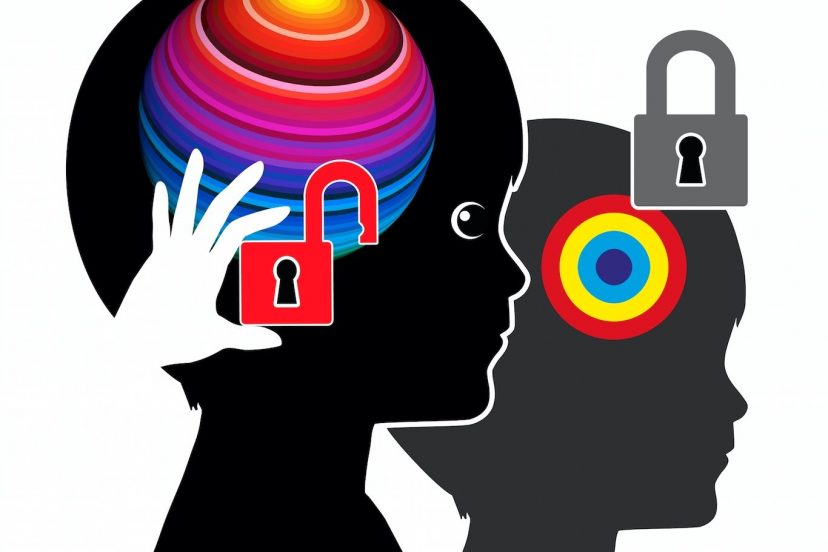 A poverty mindset should be listed in the medical journals as a disease.

I know this may offend some people but having been there myself for many years, I for one detest it.

And so should you!

If you want to scroll down and get the eight tips to overcome a poverty mindset feel free.

The sooner you start the better and in a few short months you could be kicking yourself for not having started earlier.

6 Indicators Of A Poverty Mindset

First of all, I want to highlight several symptoms you could be exhibiting right now that could indicate a poverty mindset.

Why would I do this?

Because unless you recognize them, you’ll be stuck in this endless cycle of lack thinking. Then you really don’t know you have a problem.

These are in no particular order but if you identify with any one of these, then this article is for you.

The truth is, I could list another twenty poverty mindset symptoms but let’s keep it brief for this article and get to the real “meat and potatoes”.

And that is, how to overcome lack thinking in your life.

Fear, the last symptom mentioned, can actually be used as a positive. Many successful people have launched successful, abundant-filled lives on the back of fear especially later in their lives.

For example, in my circle, one man built an enormous network marketing company off the back of fear when he was nearing retirement.

Because he was headed for a mediocre retirement financially and was afraid his family would see him as a failure.

Powerful stuff and one which he utilized to his advantage.

8 Ways In Overcoming a Mindset Of Poverty

Again, these are in no particular order. Know that it will be rare you are experiencing all of these and usually it takes just one to set up a wall between achieving success and staying in lack.

But know you can “kick a lack mindset to the curb” with a little focus. I’m rooting for you!

How do you view wealth and the wealthy? This is such an important aspect of developing a mindset conducive to attracting positive things into your life.

If you look at wealth as bad and evil then you have a problem and it’s a good reason why you are stuck in lack. While it may sound easy on the surface to just tell you to change your mindset, truth is, it takes practice and lots of it.

Think of the good things you can accomplish by having wealth. Helping charity, family and friends in financial difficulty, helping your community. These things are often not mentioned about wealthy people when people are taking cheap “pot shots” at them.

Can you do any of these right now? Imagine how much better you’d feel within by using your wealth to help others. This is a strong universal law. In fact, the bible teaches giving at least ten per cent of what you earn back to your creator.

Get Rid Of Negative Talk

This may not be your fault.

Negativity is something that is learned from a young age.

A lot has to do with the family environment someone grows up in.

If negative talk about money was part of the family conversation and you weren’t taught any different, then naturally it’s going to dominate your language.

When I heard something like “money can’t buy happiness” I would quickly respond by saying out loud, “yes, but it would sure be fun trying to purchase it”.

Make Gratitude A Focus In Your Life

This is one of the alpha secrets to having abundance.

Gratitude is so important to becoming successful in life it cannot be understated.

Too many people overlook gratitude as a cure for a poverty mindset simply because it seems to simple.

“You mean if I simply say thank you for all the good things in my life every day good things will come to me?”

Here’s an exercise you can do starting today. From the moment you wake up express gratitude.

For example – “thank you for the great night’s sleep or thank you for guiding me through another successful night”.

Depending on your next move, express gratitude for what you are able to do or receive. It could be exercise, breakfast, going outside to water the garden or walking down your front path to pick up the morning paper. (Showing my age!)

Continue to express gratitude throughout the day and before you go to bed at night, say thank you for the day and the great night’s sleep you’re about to have.

Even bad things can have an attitude of gratitude attached to them. Giving thanks for the lesson you’ve just learned or the strength to handle the death of a loved one.

I know that’s a little extreme but it’s important. Do this for thirty consecutive days and watch your whole mindset shift.

Take it further and write your daily gratitude in a journal and then read it just before going to bed.

The victim mindset is so dangerous that many people just live with it their entire lives.

This then flows onto their families and it becomes a cycle of “woe is me” generation after generation. If this is you, then you can be the exception in your family and break it now.

Why victimhood is so dangerous stems from the fact there is a certain attractiveness to it. Yes, I’m not kidding.

Many people love being the victim. It brings attention to them and with others giving them their pity it makes them feel important to a certain degree and wanted.

Don’t be this person. I was and I literally “pewk” at the thought of acting that way just to get attention.

I remember the scene from the movie Jaws when the two boys produced a fake shark fin to scare the swimmers.

When they were caught with several water officials pointing guns at them, one kid said to the other…

No one can ever make you do anything in most circumstances. Take responsibility for your actions.

If you make a mistake, own up to it and move on. And never take responsibility for someone else’s actions.

Taking responsibility for yourself is important in mapping out your own future. Don’t rely on others to get you to where you need to go.

Sure, there’ll be instances where someone else can play a role in you being recommended for a promotion.

But in the end, you are responsible for everything you achieve in life including your abundance.

That’s why it’s so important owning up to your mistakes. When you do this, you learn from these mistakes.

By deflecting responsibility on the mistakes you make you miss the opportunity to learn an important lesson.

And it could have been the one that takes you from the crowd of “wannabe’s” to the the elite few who have made it.

A poverty mindset is like a ship in a harbor with no destination.

Successful mindsets work to a plan. People who do this know where they are headed and they’ll stick to their plans until they achieve success.

A person with a poverty mindset is a little like a patchwork quilt – all over the place.

Sure, they may get lucky occasionally and hit the mark but most times it’s failure.

Hence the “woe is me” or “people like me were never meant to be successful” attitude.

Trust me, make a plan.

Similar to having a plan, setting small goals will ultimately get you to your end goal.

Avoid trying to hit the jackpot in “one fell swoop!”

This is a lottery mindset.

People with a poverty mindset, sadly will usually rely on hitting a big lottery jackpot to achieve financial success.

That’s a tough game to play.

In fact, they are so consumed with this mentality that it’s used as an excuse to relax any efforts to achieve success any other way.

“Oh, no worries, I will win the lottery someday so there’s no need to work”.

You know the ending.

Some day never comes for the overwhelming majority.

So don’t try and hit your large goal with one attempt at bat.

Set small goals or targets on your way to it.

You’ll be surprised at how quickly that end goal appears on the horizon when you start ticking off and completing small goals along the way.

Have An Accountability Partner

People with a poverty mindset will often say “I don’t need anyone”.

They usually get offended by criticism or simply won’t take any help or advice.

Don’t let this be you.

Please, just remember how important it is to you to get to where you want to go. Don’t let pride trip you up.

Pride is at the center of much of the lack of success in our world.

“Pride goes before destruction, and an haughty spirit before a fall”.

Use an accountability partner or a mentor when you’re on a mission. Make yourself accountable for your actions as you begin your journey to ultimate success.

No one is going to think bad of you or laugh at you. In fact, you’ll probably earn respect for simply asking for help.

Using someone who you respect a lot or someone you even fear to let down, can be the key to your ultimate success.

“You don’t have to always be right. Let me take some of the punches. Sometimes you can’t make it on your own”.

The last tip very nearly was at the front of the list. It’s so important but many overlook it and for whatever reason, want to try the success trail by themselves.

Trust me, while some do it, they are rare and special indivuduals but for most of us, having someone “riding shotgun” can make all the difference.

Yes, that’s harsh but having been there and speaking from experience, start today, and bust out of it.