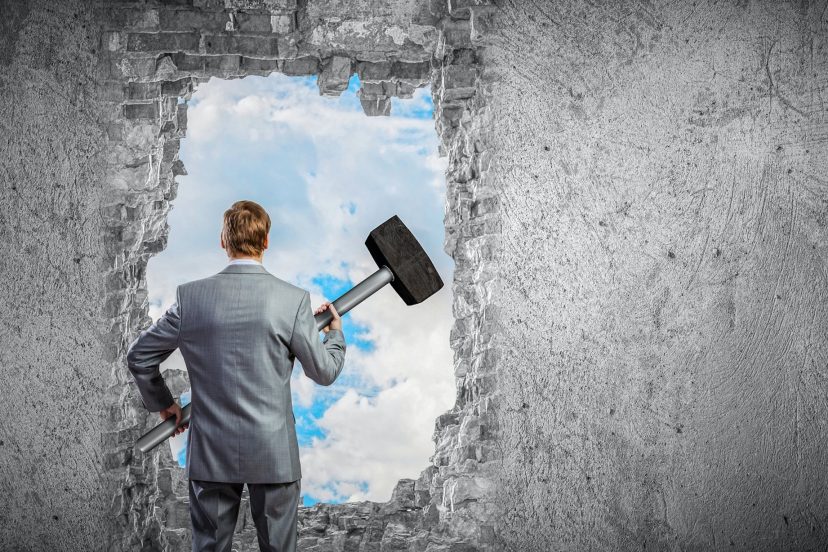 Before you can start overcoming limitations, you have to understand what they are first.

Limitations come in various forms. They will differ for everyone.

Some examples include physical, financial, people, mental or educational.

So understanding what they are is extremely important if you want to break through them.

Can you overcome your limitations?

For you, overcoming limitations may have to do with limited job opportunities. Or, you’ve reached a point where you can’t seem to go any further.

It may be that you are facing the same problems year in and year out and it’s got to a point where you simply accept this as normal.

Or you have reached a ceiling on your financial capabilities and can’t seem to move the needle any higher in your earning capacity.

Maybe you have limitations in the sporting arena and can’t seem to breakthrough and beat your personal best.

Even relationships will have limitations. You may have convinced yourself that you are only capable of being with a certain type of person.

Well, it could be that you are in a comfort zone and procrastination has you in its grips.

Or you may have been told at one stage by someone that you can only achieve to a certain point and your mindset is stuck in that zone.

I remember in my third year of high school when I was nearing the age in which I could leave.

A teacher who did not like me pulled me aside and told me education wasn’t for me. He said I couldn’t achieve anything more than a third year high school education.

He wanted me to leave and instead of asking me to, he disguised it pretending to care for my future.

Finally, he actually offered to help me get a job with the local council as a roadside worker. I declined.

Another reason for limitations is that because others within your circle have the same limitations, it could be that you have normalized this as just the way it is.

Time to snap out of it if you are planning to improve your lot.

You are stuck in a mindset that has normalized your limitations.

First thing to do is disown them. Affirm they are not your limitations. You don’t own them.

Just ask yourself why are they your limitations?

Remember, despite any outside influence, it’s you who has ultimately determined that your limitations are your own. So change your mindset starting today.

The mind can play tricks on you. Your perception is that it can’t be done because no one else you know has done it. There are many examples in history where perception that something is not achievable has held people back.

One is well known in the sporting area. Roger Bannister became the first person to break the four minute mile. Up until he achieved the feat during the 1950s, it was thought to be an impossible task.

But once he broke it, there were a flood of others who beat the four minute barrier over the next year including several times in one race by multiple runners.

So how do you break through your limitations? These are in no particular order. You have to believe you can break through whatever challenge you want to complete.

The first thing though is changing your mindset. Read stories of achievement.

Understand the struggles people overcame to achieve success. See yourself in your mind doing the same thing.

Read and listen to people who overcame impossible odds.

Doing this will condition your mindset to think differently. It’s like a mindset workout.

Getting a mentor is another valuable tip.

Whatever limitation your struggling with, know that you can break through it.

In most cases, the only thing stopping you is yourself. Add perseverance to the tips above and you will make overcoming limitations a breeze.