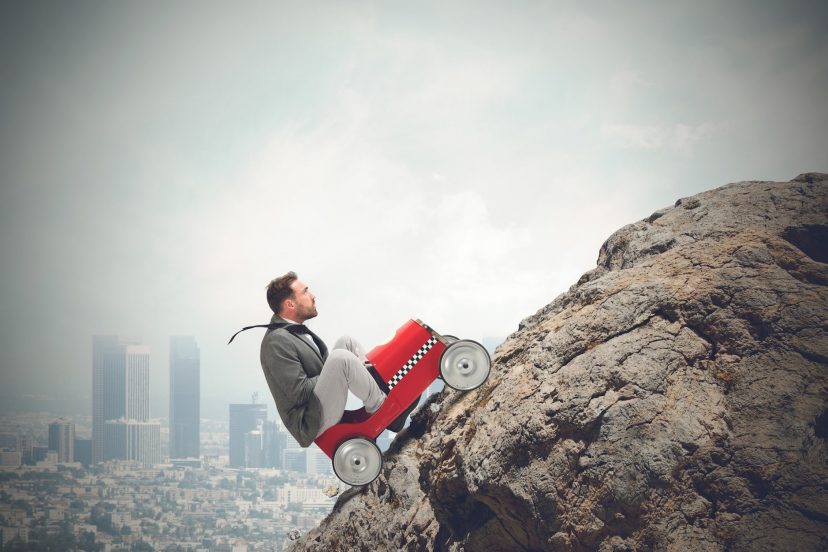 Motivation techniques come in all shapes and sizes. Most of them will encourage positive thoughts and actions.

In this article, I want to show you a motivation technique that probably goes against the grain. When used properly though, it almost always gets positive results.

It’s about using one of humankind’s most devastating productivity killers – fear.

Fear gets a bad rap. Yes fear is used as an excuse for many failings in people’s lives and in most cases, whatever was being feared is usually all created in the mind.

How about you turn that fear to your advantage? The following account was one I witnessed first hand and the results achieved were astonishing.

It happened while I was living in Sydney, Australia in the early 2000s and involves an MLM company and an introvert.

I was looking to make extra income during the fall of 2001 and responded to a flyer in my mailbox. To cut a long story short, it made an impact on me and I eventually went through the qualifying funnel and signed up.

So now I’m doing something I swore I never would – network marketing.

The gentleman who prospected me had developed his own lead attraction system and it was extremely effective. So effective he got me to sign on.

I went through the orientation process and was ready to start prospecting. Needless to say I was riddled with fear.

When I let my sponsor know that fear was a real road block he simply laughed and told me don’t be scared of it, embrace it. It can be the foundation of one of the best motivation techniques you can use.

What! Embrace fear? Every motivational technique seminar, tape and video I’d seen preached against fear and how to defeat it.

Fear As A Motivation Technique Was My Friend

My sponsor told me to not only embrace it but fear was my friend. I asked him how?

So he told me how he used it to grow his business. This is what he said to me.

“When I started this business I knew it would be tough because I am an introvert. I was shy and didn’t enjoy meeting people”.

“So I had to discover a way to bring prospects to me. I am full of ideas and after a few days, I had a plan that would bring people to me”.

“The flyer you responded to, newspaper and magazine ads and even cheap radio ads carefully placed. I promoted the difference between the “haves and have nots” and gave people the opportunity to learn more”.

“But I still was racked with the fear of meeting people. So I thought what if I can use this fear to my advantage? Here’s what I did”.

Motivation Techniques With A Twist

By this time I was intrigued. What he told me next was the catalyst that helped me build my home business fast.

“I had been learning meditation and the law of attraction”.

“Whatever you focus on comes back to you. I had to be careful with this”.

“For several days, I would spend time focussing on what my life would look like when I was sixty five, the then retirement age”.

“Here’s what I pictured. I’m standing in the middle of my kitchen. My family is there to welcome me home on my last day of work, so they thought”.

“I stood there with a solemn look on my face and in tears. Then I explained that I couldn’t retire”.

“I needed to keep working and because I had finished up at the company I needed to find another job”.

“Then I imagined the terrified look in their eyes. My wife, my son and two daughters just looked at me in dismay”.

“I held out my hand with my retirement account statement in it and simply confessed I didn’t have enough money to retire on”.

“They weren’t just sad, they were horrified and looked at me with disdain”.

“That’s the thought I really focussed on. The look of disdain on me from my own family. I had let them down”.

By this time I was starting to understand how this would be a motivational technique. The people you thought you were a hero to are the same ones now looking down on you as a failure.

That would be hard to take for anyone.

He then explained that simply to think it, is not enough. You have to feel it.

“JD, when you lock onto that look of disappointment and disdain from your own family don’t just think it, feel it”.

“Feel that empty feeling in the pit of your stomach. How would that make you feel? You’re sixty five and have worked all of your life for what?”

“To be looked down on by your family – the people you thought loved you no matter what and now you feel like a pariah. A failure!”

“When I felt that feeling something urgent rose up inside of me. I went into action. Introvert or not, I didn’t care. I needed to do everything I could to avoid that situation”.

“It was like I became possessed and I focussed on one outcome – success!”

“I had eighteen years to go before I reached sixty five.

“And now here I am, just two years later, financially free and teaching others to get what they want from this business”.

“Are you ready to harness your fear and use it to your advantage?”

Using Fear As Your Motivational Technique

As far as motivation techniques go, can you see how powerful this can be? I certainly saw it at the time and created my own scenario and put it into practice.

What was it? I’m going to leave that for another article.

What’s your biggest fear that brings emotional thoughts? What’s the one scenario you want to avoid?

Finally, isn’t what you focus on what you attract back to you? Sure, but only if you do nothing about it.

Combined with feeling, vibration and positive action, you can harness fear like an unbroken thoroughbred, break it in and saddle it. And then ride it into the sunset of success.