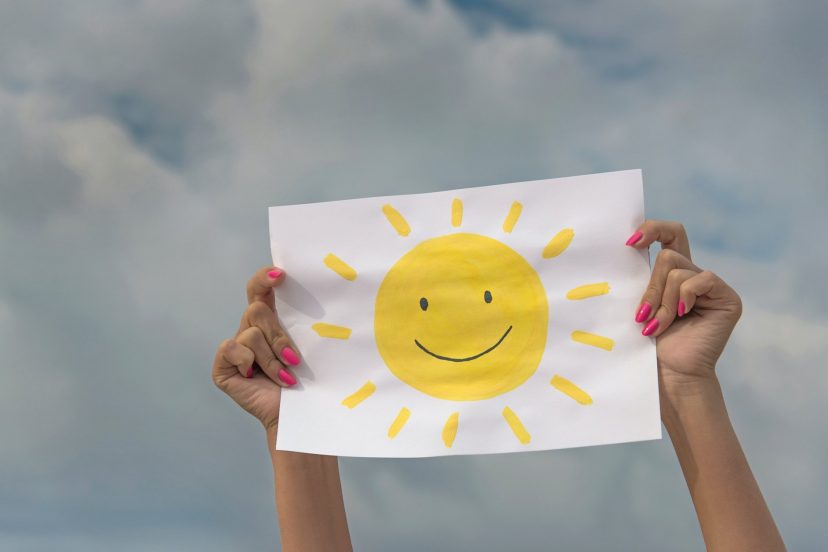 Law of attraction affirmations are simply a positive thought that you say out loud.

An affirmation is used to affirm a thought or an action. But be careful – that thought or action needs to be a positive one.

The thing to remember is, when making affirmations, the sub conscious process doesn’t just act on good or positive thoughts.

It will also act on the negative ones.

That’s why it’s ultra important to take negativity out of play here because what you affirm will surely come to you.

And affirming something in the mind that’s negative, even without saying it out loud, can produce disastrous results for you.

How Do Law Of Attraction Affirmations Work

This is a guide on how to use law of attraction affirmations to your benefit as much as it is an explanation of how they work.

A positive affirmation is meant to be spoken out loud. Yes, thinking it in the mind is fine but the key here is you want to empower that thought.

So speak your positive affirmation out loud several times a day. It’s recommended you speak them out loud at least three times each day.  That’s simply the bare minimum.

For example, “money flows to me easily” is a solid affirmation but as a thought, it needs to be given a boost.

Is Speaking An Affirmation Out Loud Enough?

A law of attraction affirmation spoken out loud is powerful. Speaking is far more resonating than simply thinking.

But just saying it still isn’t enough. Add feeling to your affirmation. For example, “I lay by my pool each day soaking up the warm sun”.

As you’re saying this, picture yourself laying by your pool. Feel the warmth of the day as you sip on your umbrella drink. Imagine yourself getting up and walking over to the pool and reaching in with your hand splashing the water over your chest.

Feel how refreshing and cool that is. Take in the smell of the water even if it’s chlorinated. Smell the sunblock lotion you have on.

You’re by your pool enjoying life without a care in the world. Your mind is filled with just how positive and unrestricted your life is. You’re not just thinking it but you are feeling it.

Say your affirmation out loud three times and just feel it sink into your being. Feeling is the fertilizer that roars it into life.

What Brings An Affirmation To Life

This may get a little technical but the process that brings law of attraction affirmations to life is quite simple. Speaking is a bodily action which follows the thought.

The positive thought is created in the mind but unless you hold that thought, it will be replaced by another. The truth is, the replacement thought is usually negative.

The key is to hold that thought for at least twenty seconds. With practice, extend it to thirty seconds until you are able to hold it for at least a minute.

Now when speaking that thought, it will be processed differently. Thinking it involves the silent processes of your brain and mind’s eye. Speaking it adds vibration to it. Now you’re involving the hearing process. By speaking your positive affirmation, your brain thinks them again and involves your voice. Then your hearing is involved.

Your affirmation is now being sent into the universe. Now the spirit is feeling and receiving that vibration and it is no longer just a thought. In essence, it is now alive, vibrating in the universe and the process of attraction has begun.

You need to be feeling yourself as one with your affirmation. Feel that vibration and notice how good it feels.

A Law Of Attraction Affirmation Must Be Repeated

Your law of attraction affirmation is now set into motion.

Don’t worry about how, when or where you will receive what your thought and dialogue action desired.

Just know that the universe and all it’s working parts are going into motion to deliver it.

But just saying it out loud once won’t cut it.

It needs to be repeated at least three times. And each time you repeat it follow the same process as above.

The thought followed by the feeling and then the words spoken out loud. Maintain the feeling throughout the whole process as if you already have it.

When you speak it a second time the reinforcement process moves into gear. The parts of the body used become involved all over again.

You are reinforcing that good feeling. The positive thought is being reprocessed and the vibration levels are again raised.

Then do it a third time. This basically roots that thought and affirmation into your mind and your heart.

Feeling that pit in your stomach area is similar to when you are in love.

It’s a feeling of euphoria and used in conjunction with this thought and verbal process, it’s like pouring gasoline on a fire.

You are confirming your affirmation with heartfelt feeling and you’re producing the most powerful vibration a person can muster.

Remember, law of attraction affirmations said once can feel good but to make them official, follow up a second and third time.

We recommend you repeat this process later in the day and then release it.

Intentional positive thinking habits will increase vibration but when the thinking, feeling and speaking process is used in conjunction with one another, your connecting to the universe on a powerful and higher level.

It’s a vibration level of awareness.