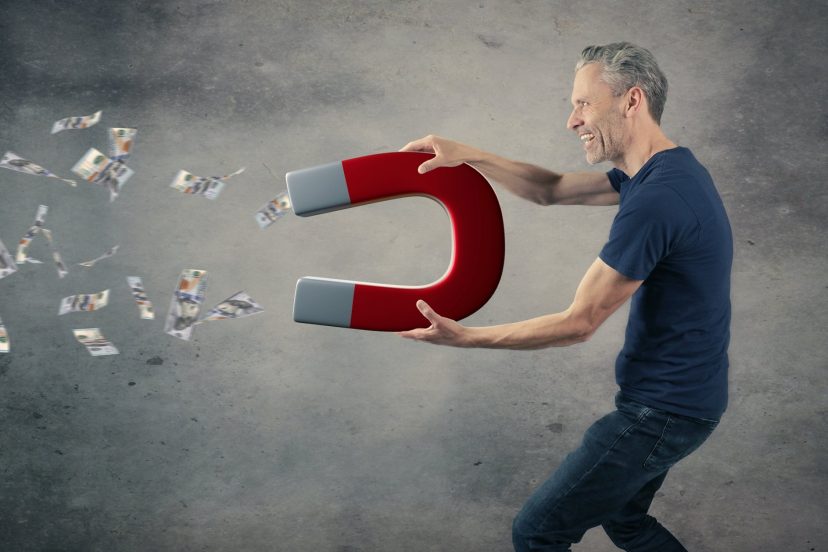 Manifesting money with the law of attraction is certainly a reality.

But many experts believe those thinking it’s a shortcut to winning riches in the lottery might be “grabbing at straws”.

Not that it’s not possible. The problem is, according to Dr. Melanie Barton, LCSW, Ed.D, so many people are trying to do the same thing.

How can you actually attribute a lottery win to the law of attraction if so many others are trying to win it using the same principles.

For example, one hundred people are gathered together and given the exercise of winning a designated lottery on a particular day.

The lottery numbers are drawn and one person out of the hundred has the winning numbers. That one person could claim they won the lottery by using the law of attraction but what about the other ninety nine. Why didn’t they win it? Dr. Barton says:

“You have so many people who are all trying to do the same thing. That’s not where your best energy is spent”.

“Doing something that’s individually going to be enhancing who you are and helping you become more of your highest self, you’re going to have a better return on”.

“Because let’s say you win the lottery”.

“You don’t look at it as, okay, it was just luck, or I envisioned it”.

“And then people who do that and are successful. It’s usually just a matter of luck that made that happen, but they think that happened because they did something and the outcome is usually not good”.

“The money doesn’t last – they don’t invest it wisely”.

So then, is manifesting money using the law of attraction possible? Barton says “absolutely it is”.

The lottery scenario is one that many seem to go after using the law of attraction. That’s okay according to Barton but be prepared for plenty of disappointment for the very reasons explained above.

It just may not be the best use of your time. Personally, I haven’t met anyone yet that has won the big prize in the lottery claiming it was done through using the law of attraction. But then again, maybe I’m not moving in the right circles.

While experts like Dr. Barton aren’t convinced using the law of attraction to try and win the lottery is the best use of one’s energy, others will defend it vigorously.

But what about manifesting money other than through lotteries?

Is the law of attraction helpful as a means of attracting the green stuff?

Manifesting Money With The Law Of Attraction The Right Way?

Dr. Barton gave an example of how powerful the law of attraction can be with manifesting money in her own life.

She has always had a vision of building a house that was environmentally friendly. Four years ago she began using the process that would bring together her desire.

“One of the things I did is, I’m in the process of building a dome house so that it can be off the grid and environmentally clean”.

“So what I did when I started this process about four years ago is, I filled out a check with a certain amount of money written on it”.

“I would say – ‘this is what I’m going to envision that by this date, I’m going to have that much saved towards purchasing my property and completing construction’.”

“So I kept that above my computer”.

“Well, not only did that happen, but it was a bigger check than that what I had written”.

“And it happened in a shorter period of time than what I had envisioned it would happen in”.

Conceiving Something And Believing You Can Achieve It

Dr. Barton says it’s what she has been doing since the early 1970s to attract what she desires in her life.

And she says once you do this over and over again, it becomes second nature.

“It’s a concept I learned back in the seventies”.

“This is what athletes do”.

“And this is what people who are confined as a prisoner-of-war do”.

“They could see in their mind – ‘I’m not always going to be here. There’s going to be a day that I’m going to get out of here. And I believe that’.”

“Therefore their mind will start thinking of, ‘okay, what do I have to do to get there’?”

“And you keep envisioning that over and over again”.

“So when it actually happens, it’s like you’ve done it multiple times”.

“It’s just repeating a behavior you’ve done for quite some time”.

So Should You Give Up On The Lottery?

If you feel manifesting money in the lottery via the law of attraction is feasible then don’t stop.

But is it the best use of your time and energy?

As I mentioned earlier, there are L.O.A. experts who believe you can attract a lottery win using these principles.

We’d certainly love to hear from you if you have.

Feel free to share your story with us in the comments and the exact process you used to attract the win.