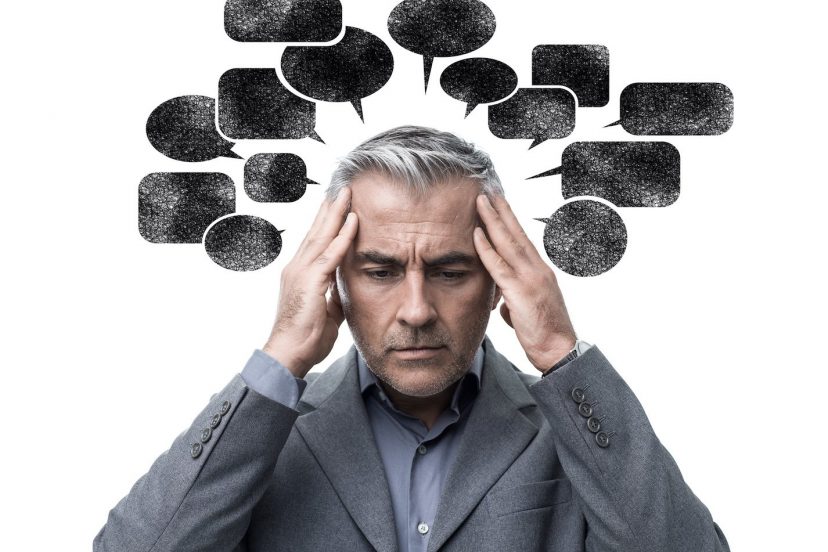 Today, you’re going to learn how to get rid of negative thoughts with one very simple technique.

You could call it your lucky day especially if negative thinking has dominated your life.

This exercise can be completed during any part of the day and it’s aimed at quashing a negative thought as soon as it enters your thinking.

Ready to say goodbye to sustained negative thinking forever? Here’s what you do:

And that’s all there is to it.

Sound too simple? It’s meant to me.

It should be simple.

As easily as the thought pops into your mind, get rid of it just as easily.

The truth is, this is one of the most powerful exercises in how to get rid of negative thoughts you will ever come across.

It relies on your willingness to call out a bad thought. It takes a little courage to do that but it will stop negative thinking dominating your day.

And better still, you don’t have to fork out a ton of money to learn it.

How To Get Rid Of Negative Thoughts

The technique was taught to me in my early twenties by a wise old friend. He noticed me out the front of my place looking troubled one day when he visited.

When I told him I had been thinking of an incident back in elementary school which I never forgot about and think about all the time, he told me to stop it.

In the next sentence he proceeded to teach me the negative thought breaker listed above.

It was amazing. That particular incident was one of many featuring the same kid but that day, I claimed it and kicked it out of my thinking.

It took a few days before I completely got over it but it was worth it.

Now the “evil side”, whatever that is, won’t stop. Did my negative thoughts stop that day?

Heck no. In fact, they seemed to increase for a period of time but I had the perfect “mind armor” on to repel bad, unproductive thoughts.

So if you were dumped out of a relationship which took you totally by surprise, that trauma can stay with you for a long time.

You’ll churn it over and over in your mind.

It will consume you to the point where you don’t recognize reality anymore.

Instead, say something like, “there’s (person’s name) thinking she or he still has control over me. Get lost (person’s name), you’re not welcome here anymore”.

How Long Should You Use This Negative Thought Breaking Technique?

There’s no due date on the use of this technique. Use it until the day you go back to “meet your maker”. Use it for any negative thought that enters your mind.

I’m not sure why humans are wired this way given we have the potential to achieve amazing things.

But negative thinking seems to be a part of our makeup.

Here’s the truth and this will offend some people.

There are people among us who enjoy thinking negatively.

By playing it out in their mind, it gives them satisfaction in a way that whoever or whatever hurt them in the past, can’t touch them anymore.

They create their own movie and play it out the way they want it to go.

The problem with this is, they are putting out some pretty bad energy and you know how the law of attraction works.

If you’ve been in this pattern for a long time, make an effort to speak to someone who can counsel you.

It doesn’t have to be a professional, just someone you know, trust and respect.

How To Get Rid Of Negative Thoughts – Final Thoughts

Turning a negative thought into a positive one might seem tough to do but I can assure you, it isn’t.

You see, that bad thought appears to be like a fisherman casting a line. Wherever it came from, it was cast into your mind. You’ve been baited and it’s up to you whether you bite. If you do, then you start to head into “rabbit holes” you never planned to.

Call it out the moment it appears.

They do their best work by stealth and not being noticed. But call them out and identify them in a crowd of people and they are going to flee.

A negative thought is similar.

But always know, it doesn’t matter how positive you are or how good you become at using this technique, another negative thought is “waiting in the wings” to replace it.

That’s why saying something like “something great is going to happen to me today” several times after calling out the negative thought pattern is a great idea.

It’s like the antiseptic that’s neutralizing the bad thought and cleansing the area.

Hope you make great use of this negative thought breaking technique. Remember, as soon as it enters your mind call it out.

Then “double whammy” it by repeating a positive affirmation.